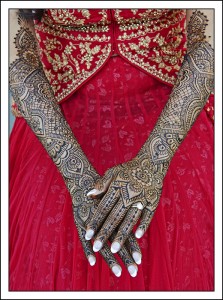 Shaili and Gautam wanted to celebrate their Perth Indian wedding in true Indian-Hindu style and by doing so gave their Aussie friends a real treat with a three day extravaganza! Having excellent wedding photos to remember the wedding day by and to show their many relatives back in India was a must.

The first day of celebrations included a party for both families and started early in the day with females from both families being painted with henna. Fine, intricate designs are painted onto hands, arms and feet with fine and delicate brush work. Charmaine from “Desert Shadow” was there for many hours creating the wonderful body art. The rest of the night was spent eating, dancing and partying with bollywood music.

The bride and groom spent the next day confined to their respective homes for a Hindu blessing, with their relatives and close friends. We arrived at Gautam’s family home early in the morning to capture the blessing ceremony conducted by the priest with his parents and family actively involved. After the ceremony there was a “turmeric indian wedding ceremony”. This turned out to be a fee for all to smother the groom and best man from head to toe in a thick turmeric paste. Turmeric has religious and spiritual significance and is associated with fertility and prosperity. It’s also meant to relax the bride and groom and dispel any nerves.

The day of the Hindu Indian wedding ceremony is an early start for all. Shaili was up early for makeup and hair. Next she was ceremonially dressed in her red wedding gown and adorned in jewellery designed and made by her child hood friend and bridesmaid Suvarna. Shaili had made several trips to India to choose the various gowns she wore over the three day celebration and to discuss the jewellery with Suvarna.

Meanwhile Gautam and his family gathered by the river’s edge at Mulberry on Swan. With a drummer playing, Gautam his family and friends made their way to the gazebo under which he and Shaili would be blessed by the Hindu priest. There were fun and games with the brides party making Gautam “jump through hoops” before allowing him to see Shaili.

There are three significant customs performed including the application of sindoor to the bride’s forehead by the groom.

The sindoor dot on the forehead and which often extends through the parting on the head is the mark of a married woman. Shaili was also given a mangalsutra.

After marriage a Hindu woman will wear a mangalsutra, much as a Christian woman wears a wedding band. A mangalsutra is a necklace of black and yellow or gold beads symbolising health and good fortune. It also symbolises a girl’s rite of passage from a girl to a married woman, heightening her position in society. Towards the end of the ceremony is the pheras, which confirms the couple are now husband and wife.

Many family and friends gathered for a reception where Indian food was served and bhangra music was played encouraging all to party on the dance floor. After the lunchtime banquet we managed to have a few more wedding photos along the near by rivers edge.Then it was off for more celebrations at Guatam’s family home. 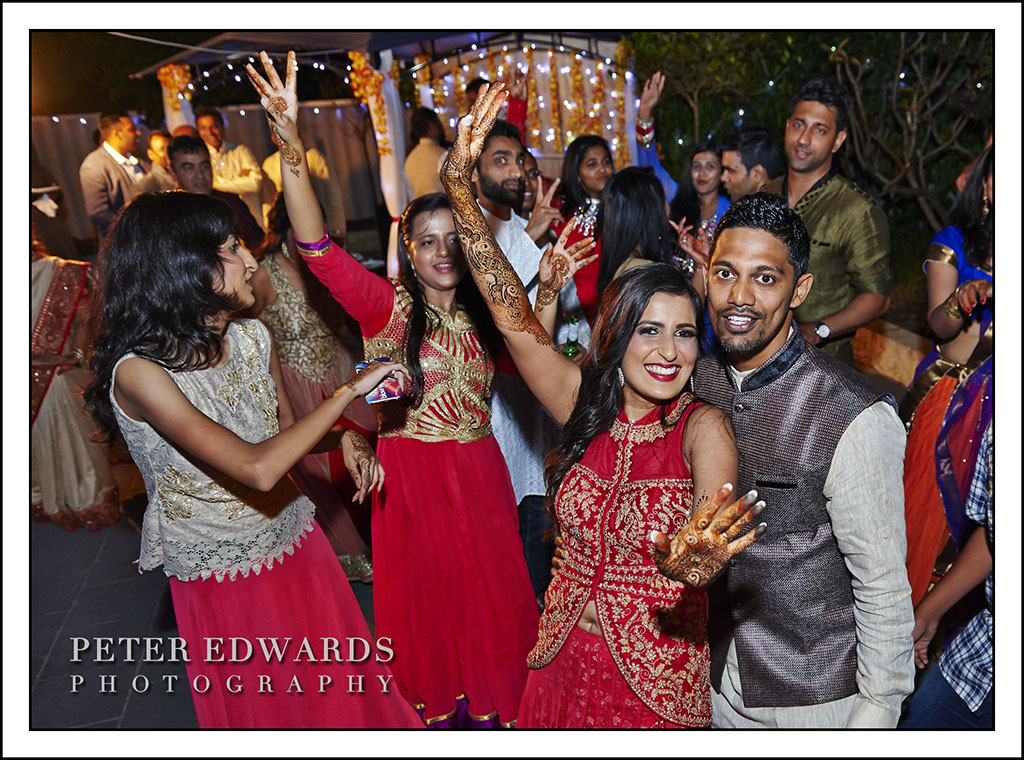 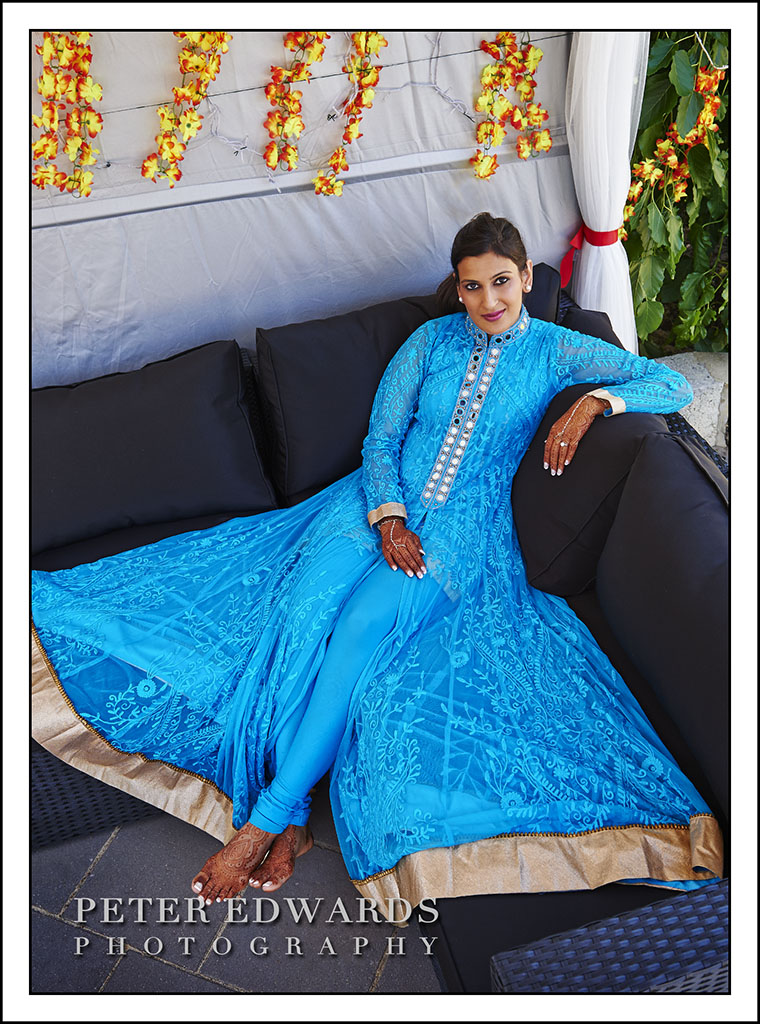 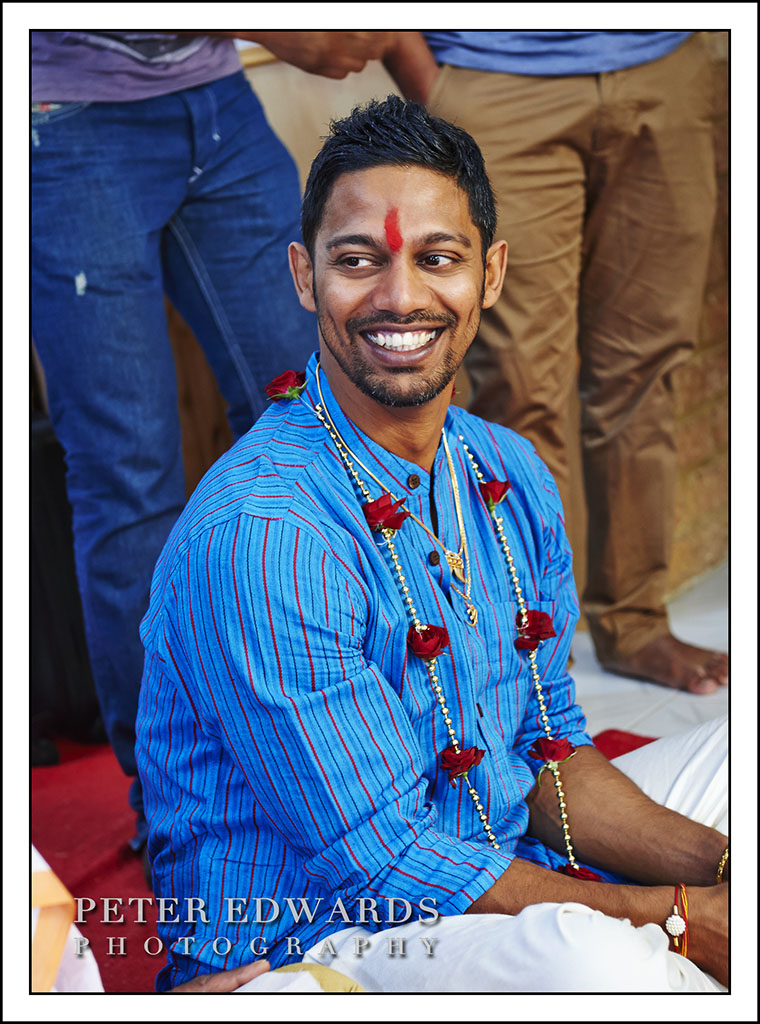 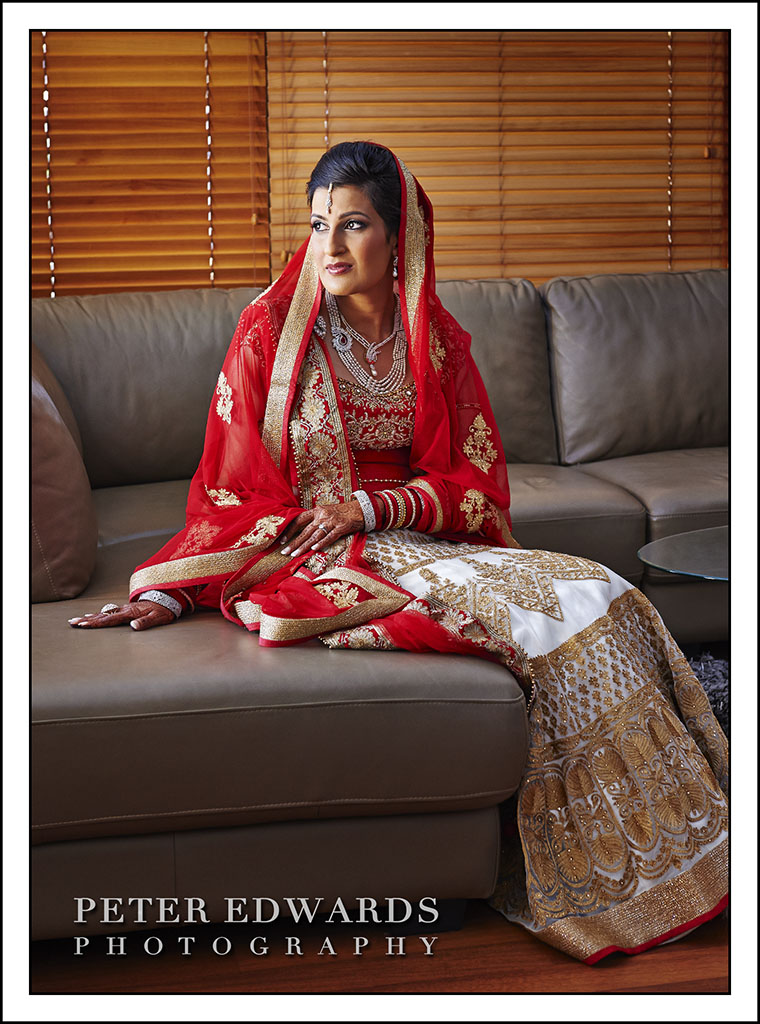 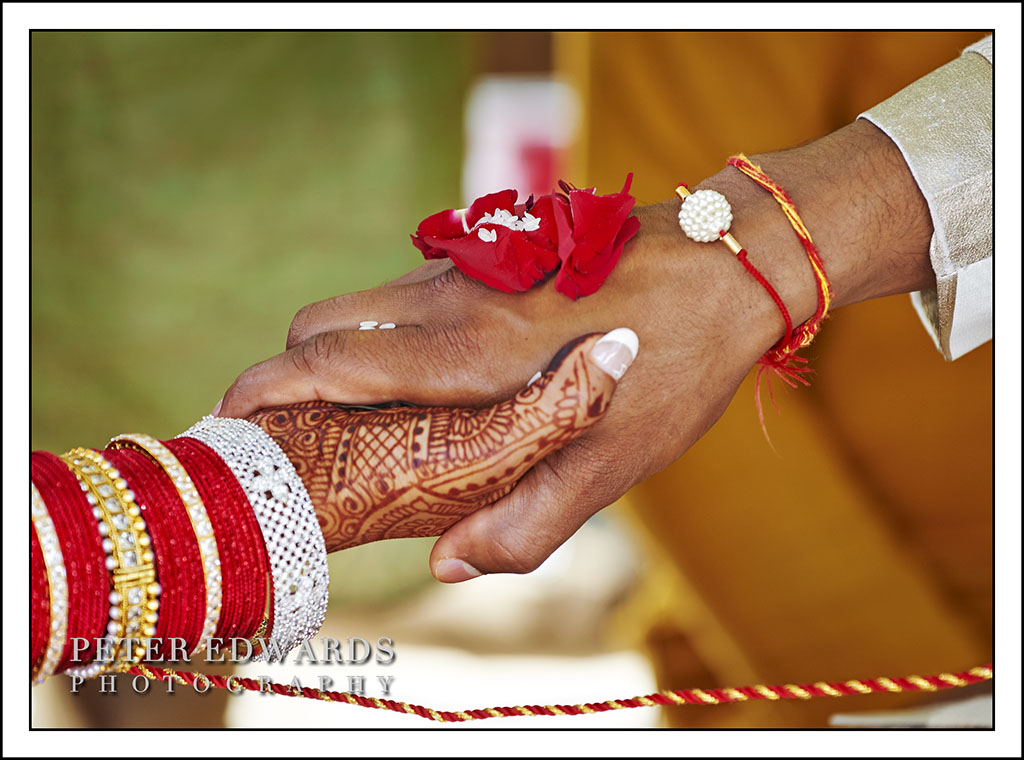 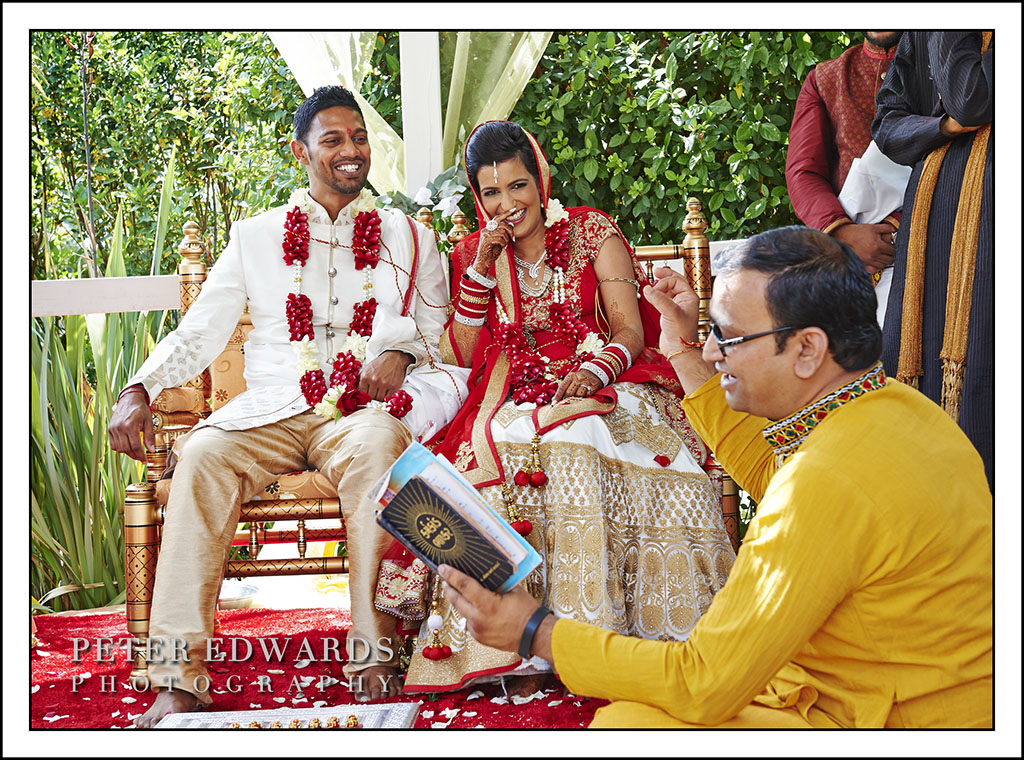 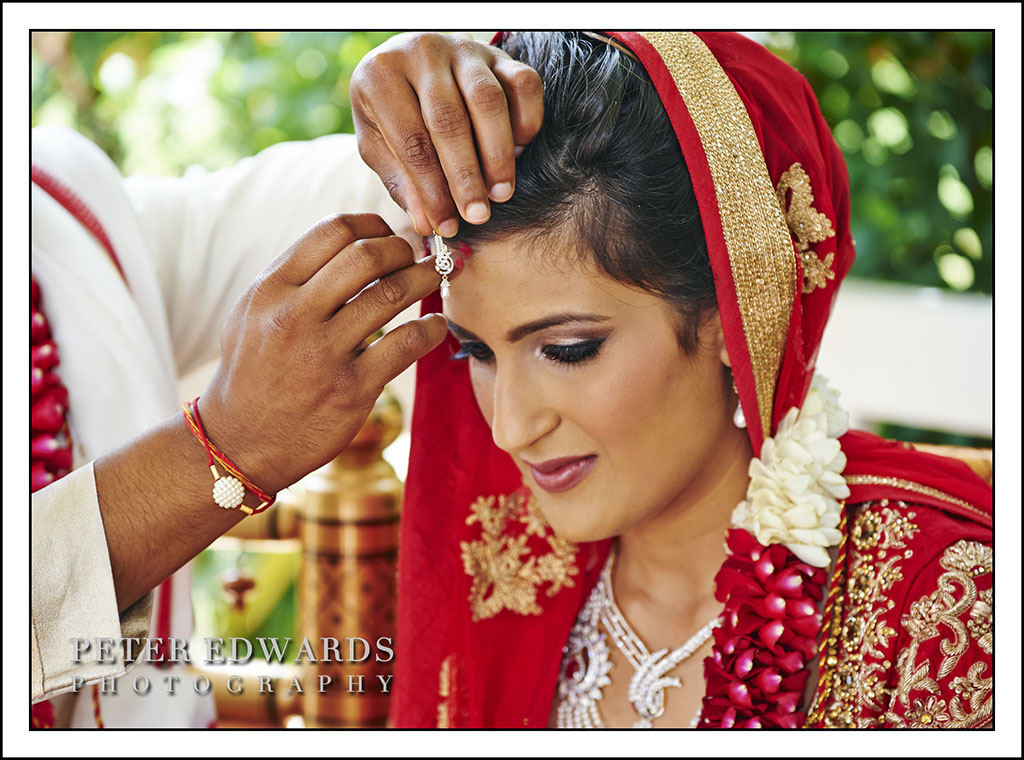 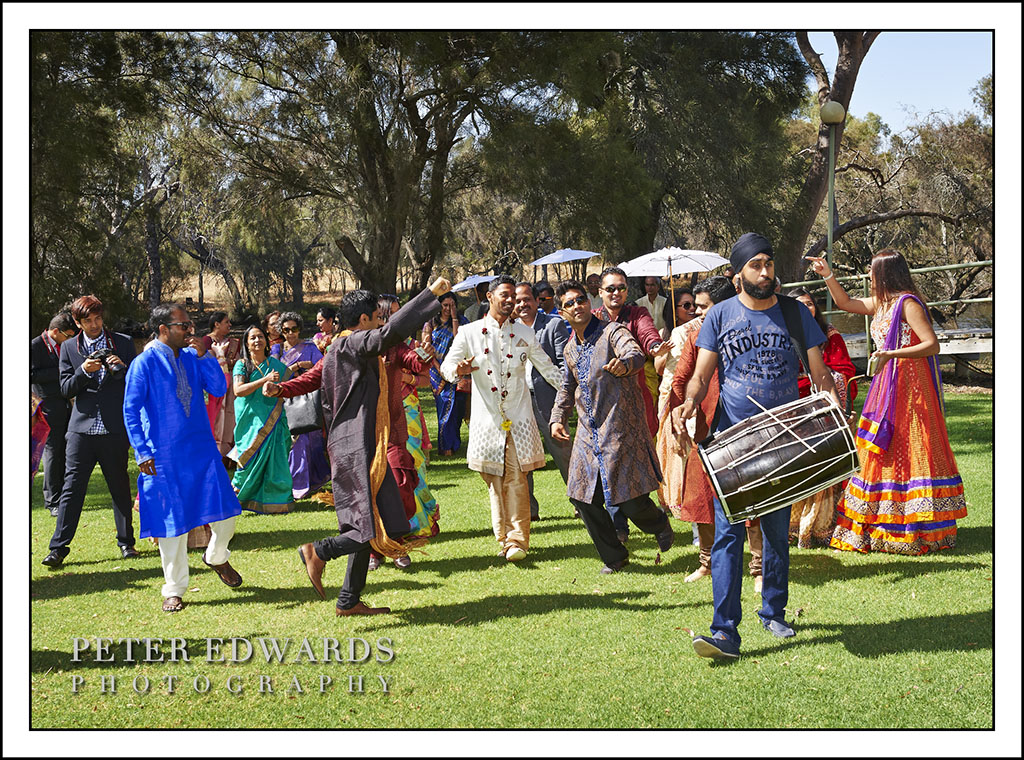 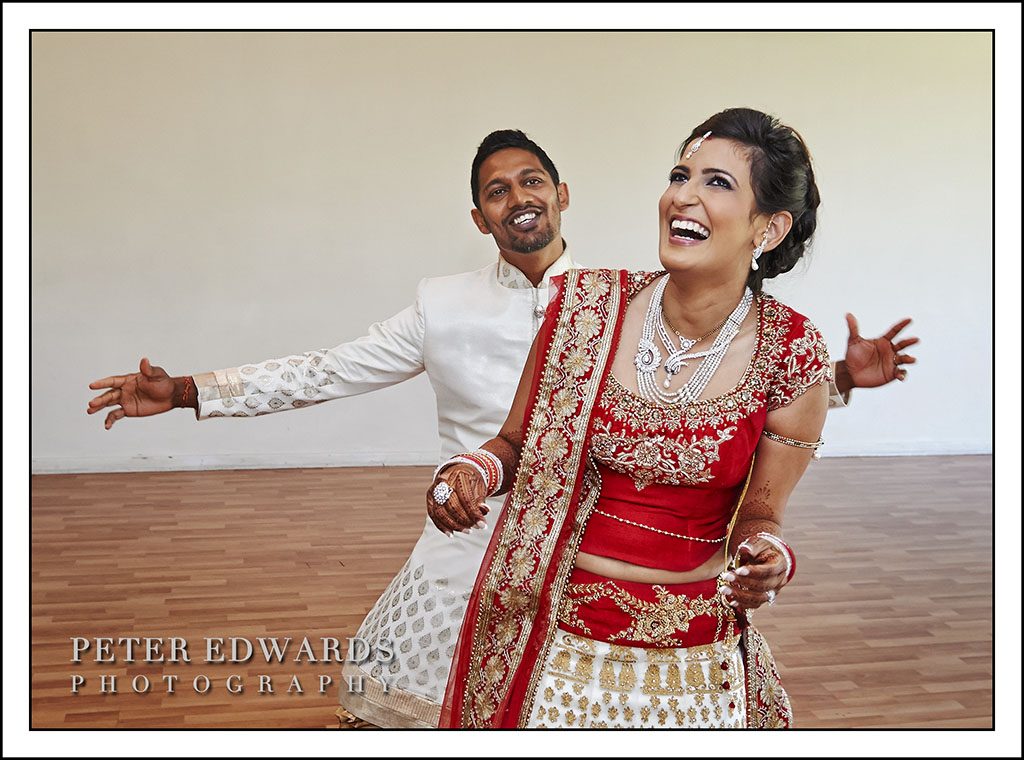